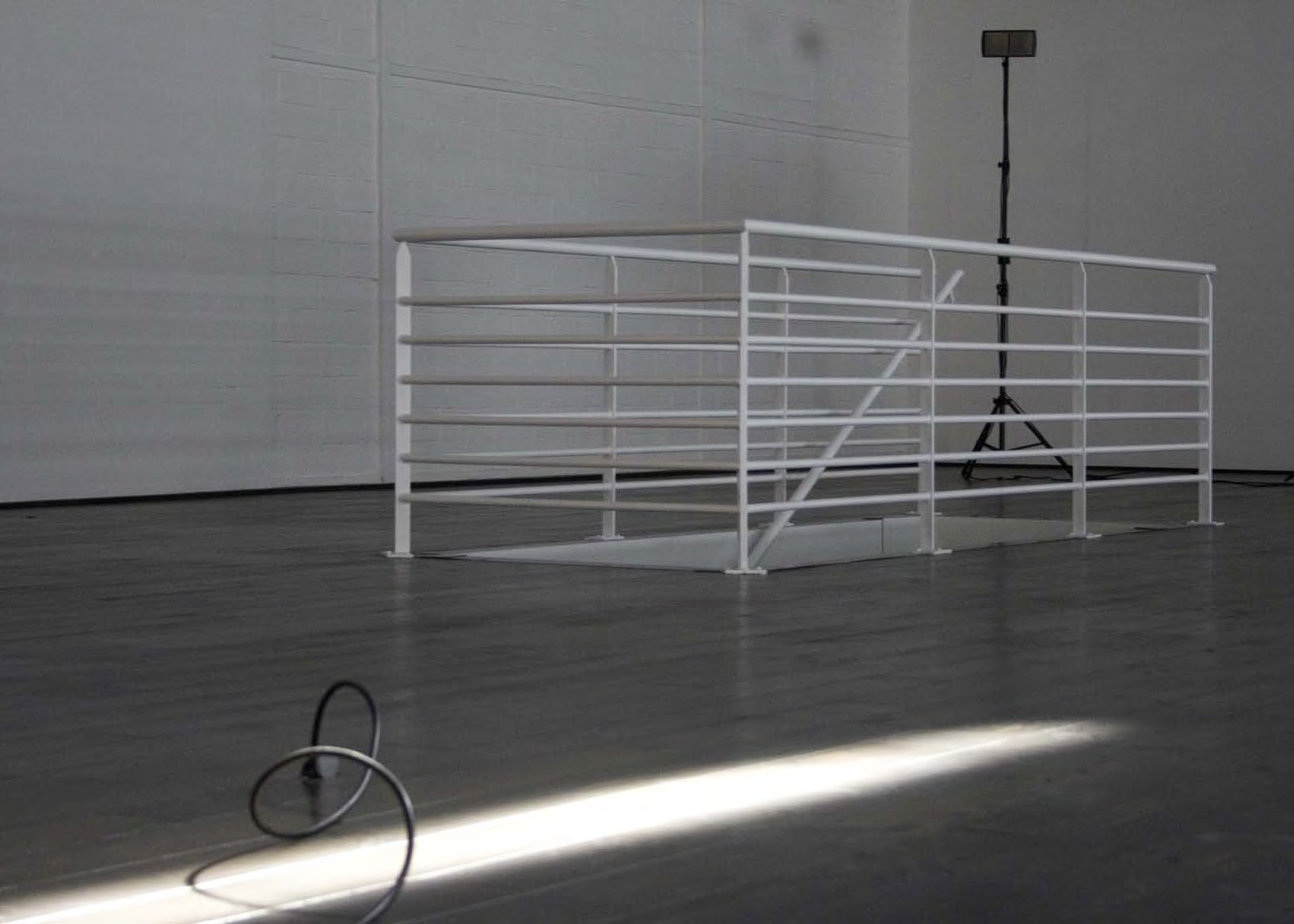 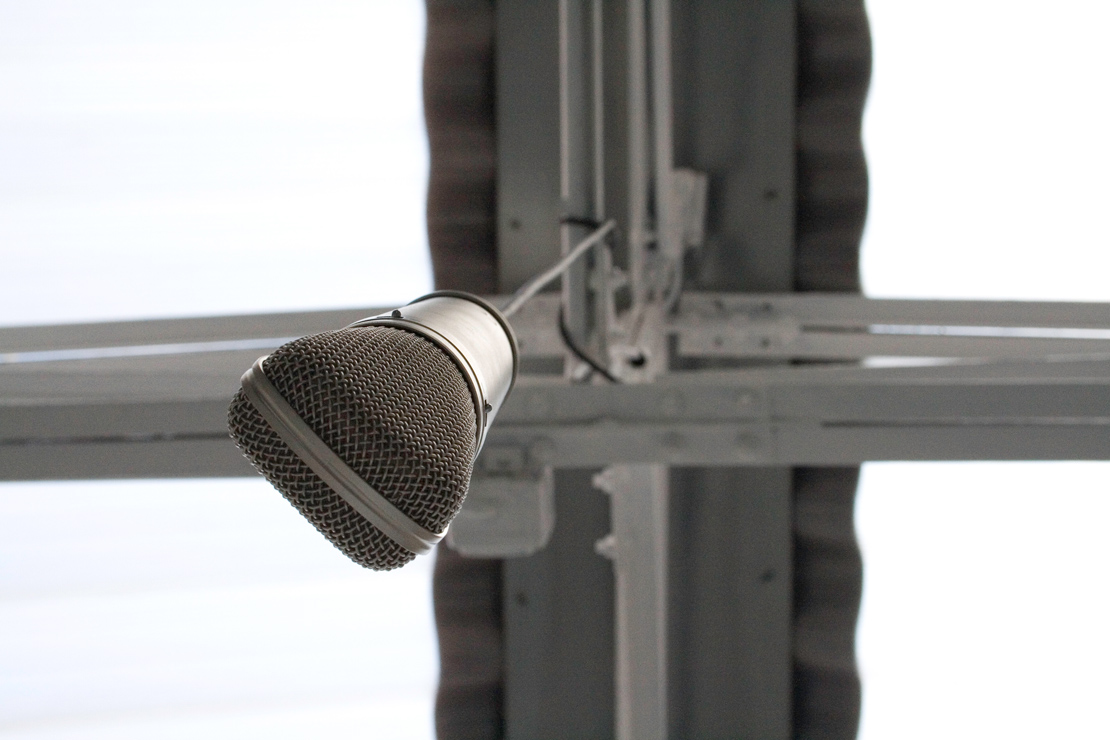 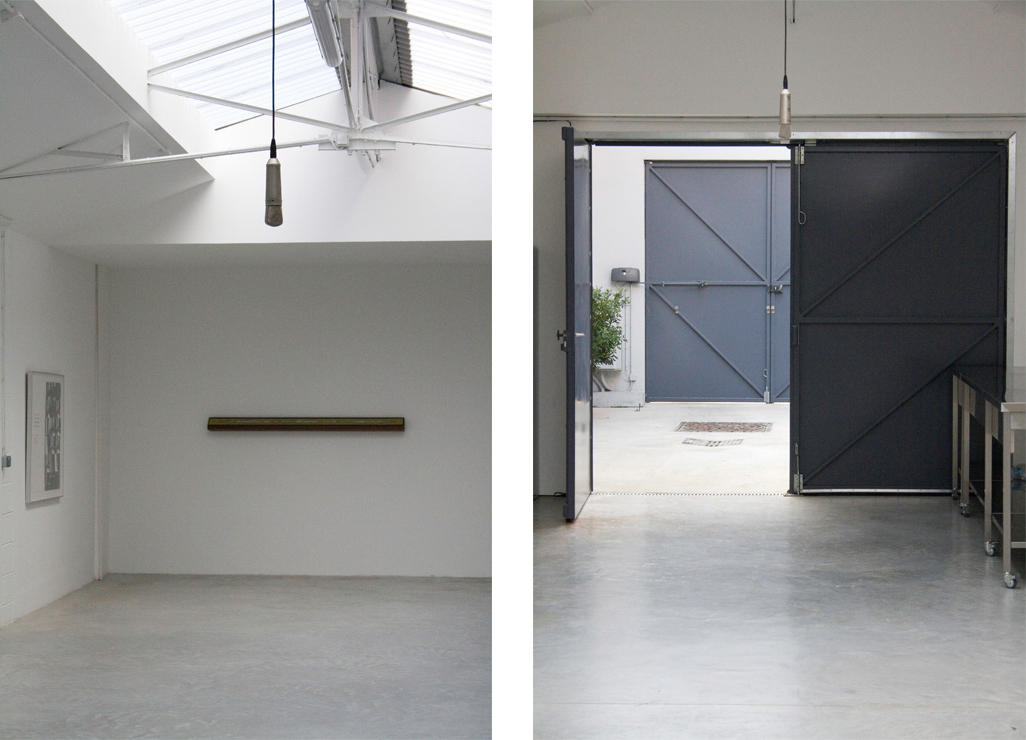 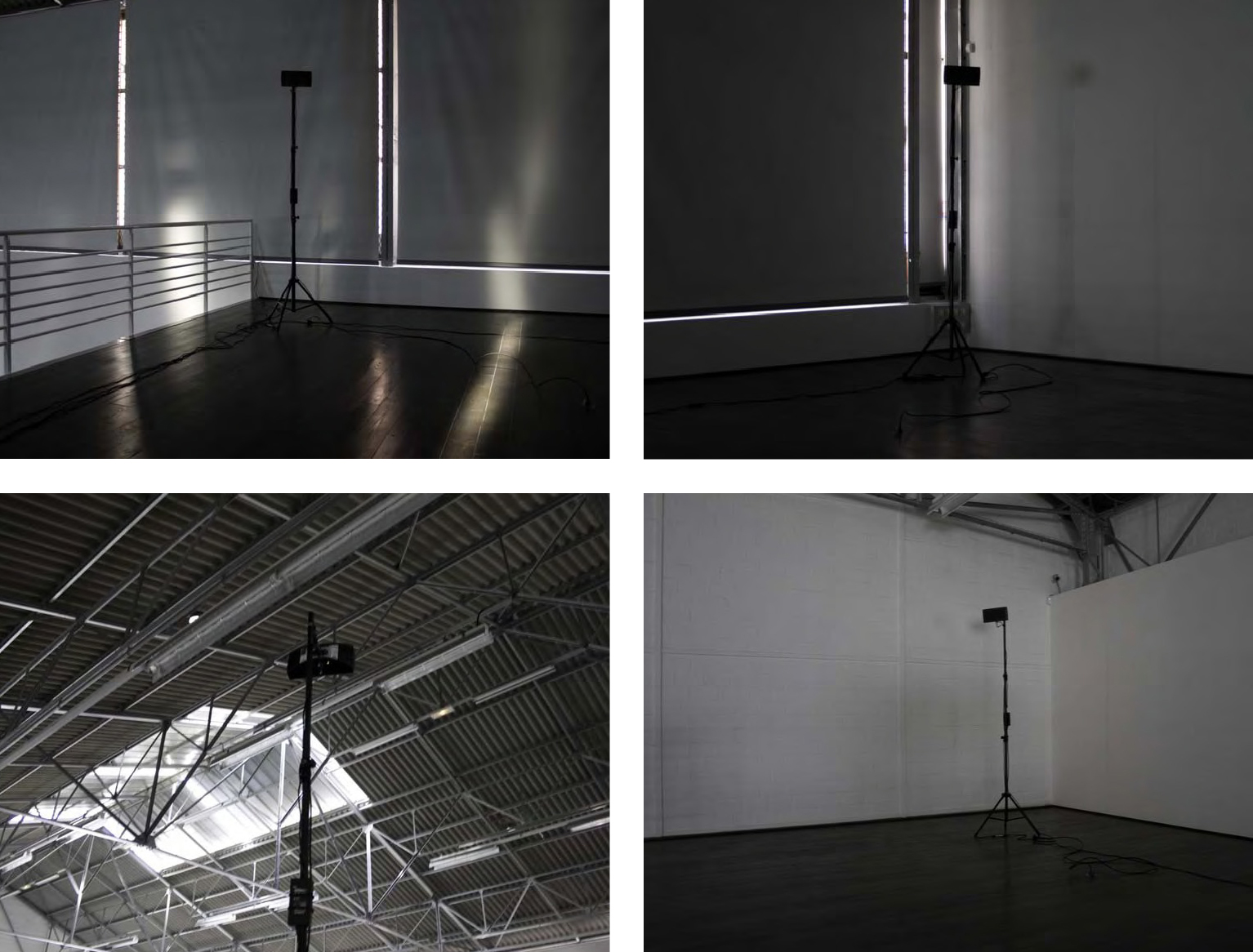 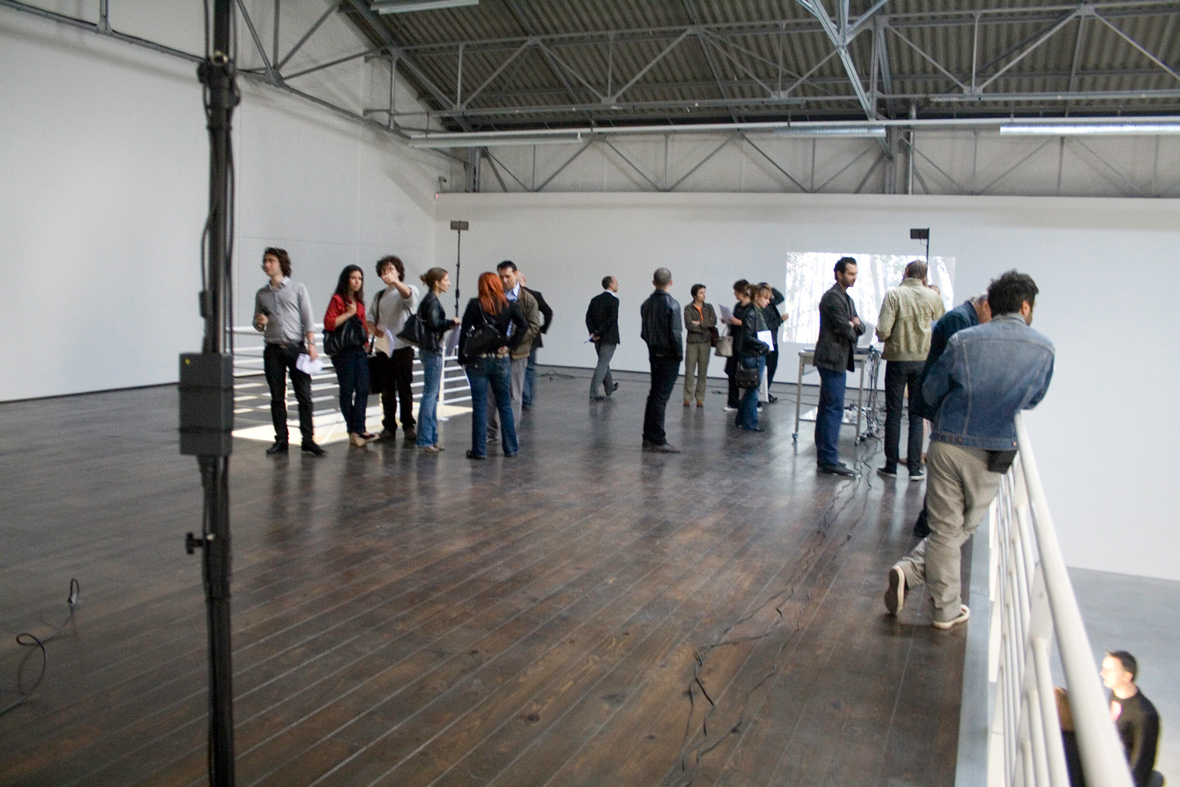 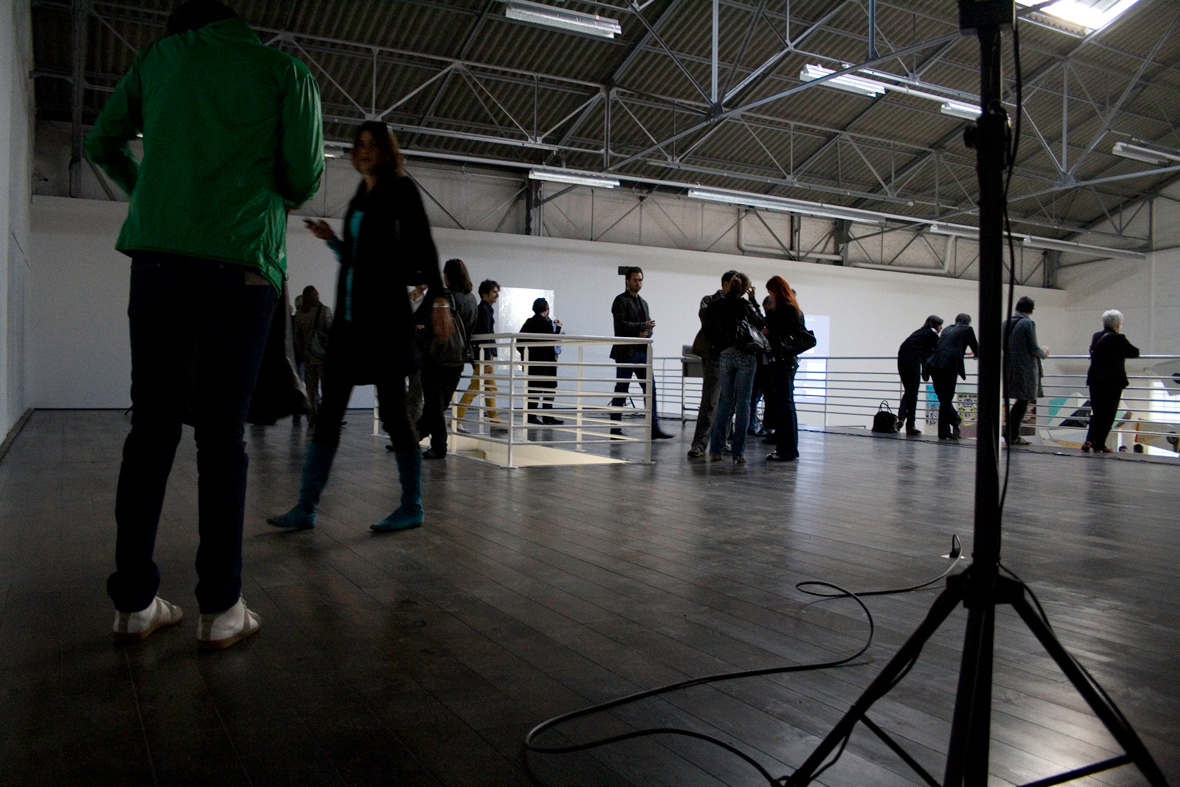 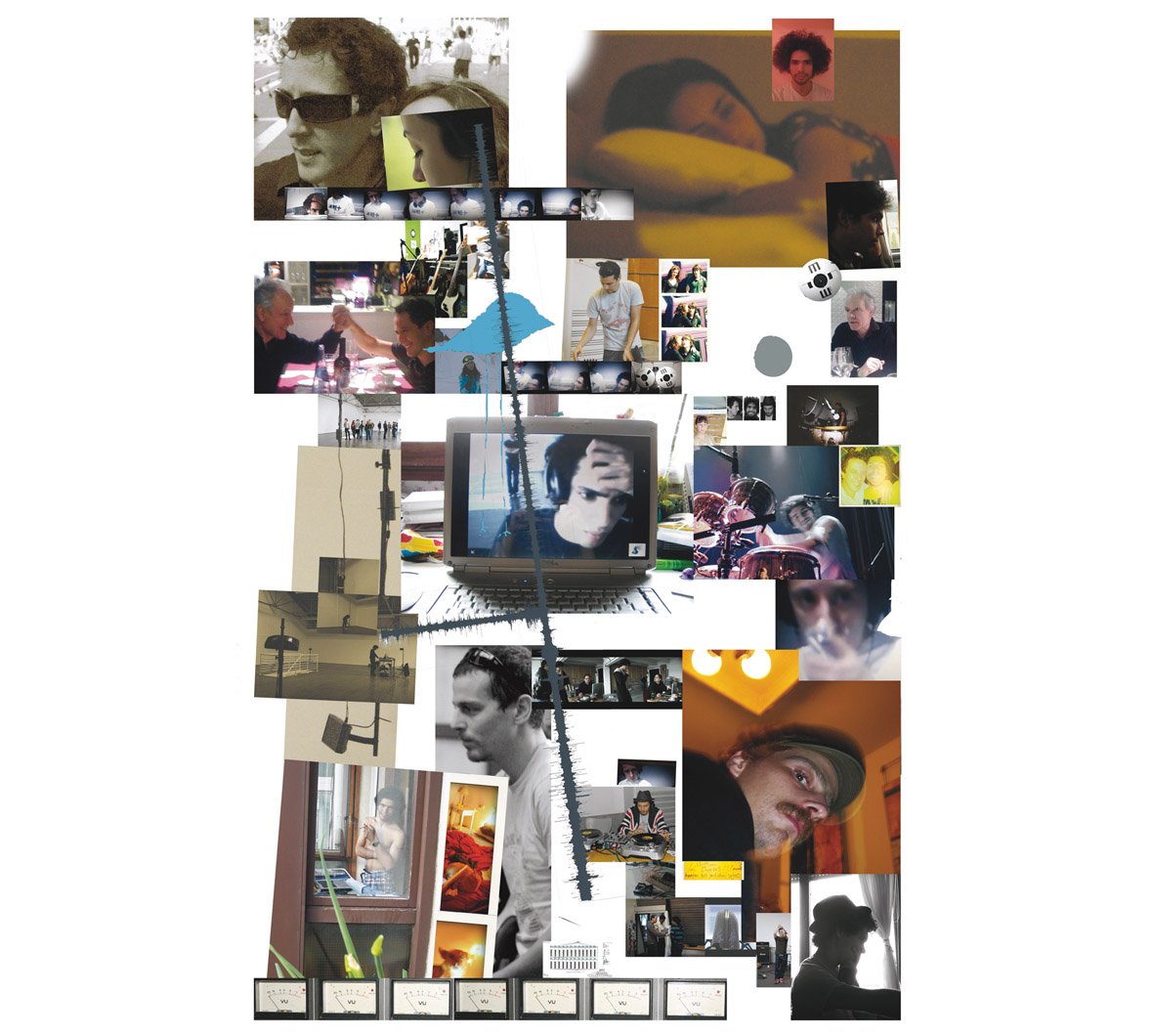 The exhibition "A Listening Room" (Anne + Art projects, Ivry- sur-Seine, Paris, France, 2008) ventures into philosophical territory, conveying abstract epistemological considerations through impalpable sonic phenomena. Among the works on show, Iñigo Cabo's installation Crossover (2008), explores such notions as perception and materiality. Here, the sound spectrum of a conversation occurring on one level of the exhibition space is divided into four and diffused in real time through four directional ultrasonic speakers placed in the four corners of the upper level. When the visitor stands at the crossover point between the speakers, his perceptual system reconstructs the conversation. It has become an evanescent sculptural presence which cannot be heard elsewhere in the space. "Perception mutates and fluctuates," points out curator Manuel Cirauqui. "This is something implicit and subliminal to all aesthetic perception, that "A Listening Room" tried to emphasize and make explicit through sound."

For Cirauqui, sound is essentially a means of exploring aesthetic phenomena following a post-structuralist method. Seen from this perspective, the evolution of sound over time can be said to evoke the non-unitary nature of meaning and the impossibility of a definitive interpretation. Far from languishing in the "phenomenological cul-de-sac"2 evoked by Seth Kim-Cohen, sound is up front, clamouring to be heard.

Crossover   Site–specific Sound Installation. Dimensions variable. Sound System: HSS. (Ultrasonic high directional sound speakers). Software. Symmetric Deconstructor © 1.0 2008
Crossover Studio, 2007-2008 DV-video, colour, sound, 20'40'' loop Crossover is a device for capting, deconstructing and reconstructing sound presences. By means of a system of ultra-sound directional loudspeakers, conducted through the software Symmetric Decosntructor (created by the artist in collaboration with sound engineer Jesús Gestoso), a sound spectrum is divided in four and projected on a targeted spatial zone. When the visitor comes to the area of wave crossover, the schizoidly sound is reconstructed in his perception. However, what he can hear is the reproduction of a distant phenomenon, words or noises. A violent shock occurs between two different contexts, a presence lacking its corporality appears in a phantomlike manner. Functioning always as a live installation, Crossover brutally dismantles the relationship between landscape and consciousness.